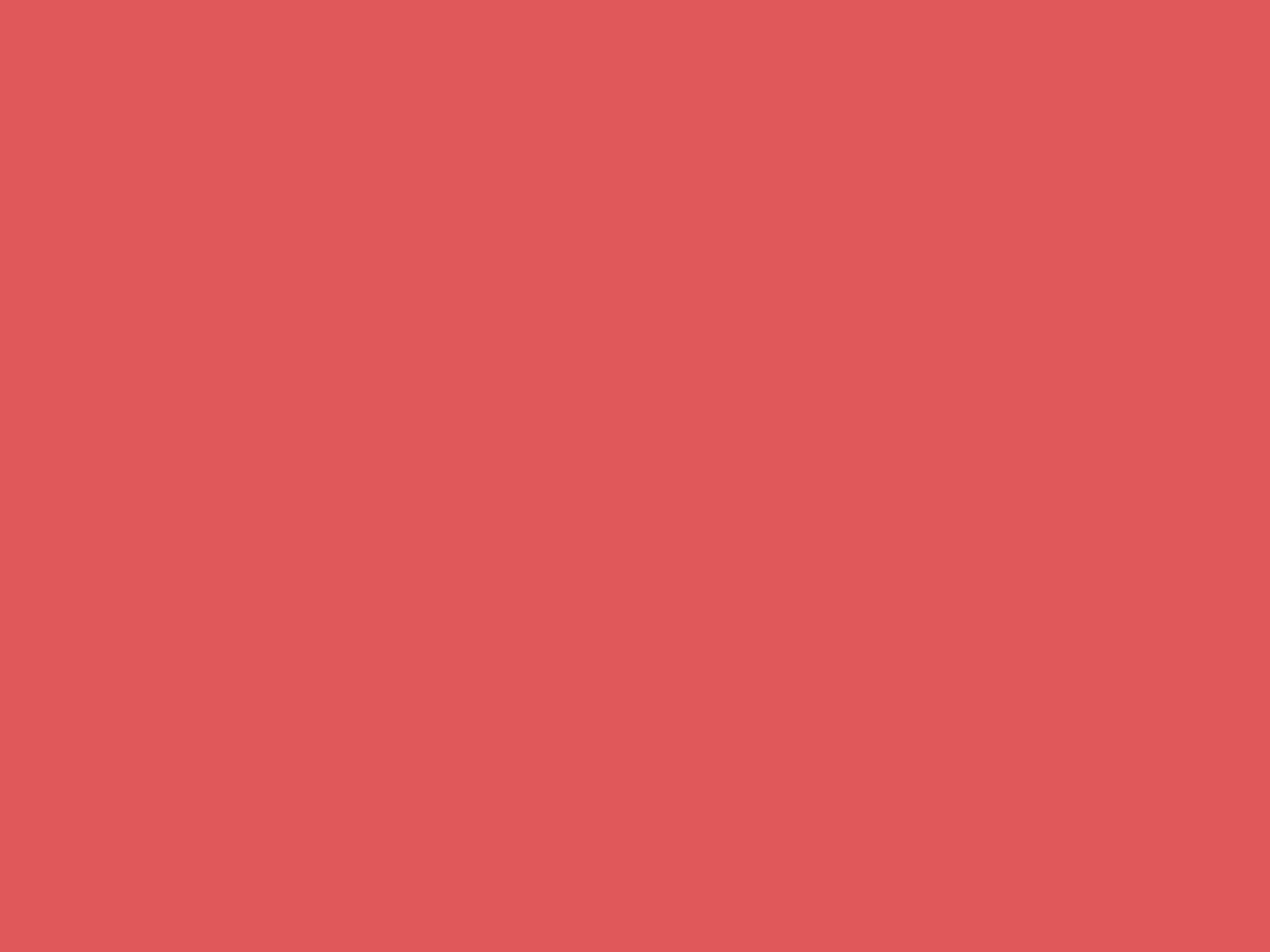 The São Paulo Organizing Committee for the 35th CIHA World Congress in São Paulo invites art historians from around the world to propose a topic for one of the 9 sessions of the 35th CIHA World Congress in São Paulo. The proposed theme for the congress is “Migrations.” In order to engage the international community on this theme, the Organizing Committee has decided to offer an open call for sessions. Scholars interested in taking part in the congress as session chairs should submit a proposal embracing any art historical topic related to the general theme of “Migrations.”

Due to the collaboration with the Italian National Art History Committee, that is organizing the Florence component of the 35th CIHA World Congress, there will also be one special session on a topic concerning the relations between Brazil and Italy. Scholars interested in applying for this session should propose a topic that fits this description.

Applications for session chairs may be submitted by academic or independent scholars. We want to remind applicants that according to the CIHA statutes, no member of the CIHA Board and no one having been a Chair in the Beijing Congress (2016) can apply to serve as a session chair in the São Paulo Congress.

Applicants should:
1. Be thoroughly acquainted with the most recent developments in the discipline of art history and others relevant to the topic of their session.

Applicants should send the following information to the CIHA São Paulo Organizing Committee at: cihasaopaulo2020@gmail.com

The deadline for applications will be January 15th, 2019.

Please see the following introduction to the general theme of the Congress:

Since the first manifestations of its genre, art historical texts have attempted to understand the artistic processes of creativity as processes of migration; inventions are understood as mobile processes. The development of the figure of an artist or of a style can be seen as a complex process of migrating individuals or concepts. Migration has also been understood through its historical, political, and socio-economic aspects. In addition to this, it has been a fundamental aspect of the human experience since the beginning of the Modern Age, i.e., since the times of the circumnavigation of the world, which provoked displacements of large population groups across the seven continents. Even before the creation of art history as a scholarly discipline in the 19th century, art and culture have been construed through the exchange of objects, concepts, and practices among a variety of territories and societies around the globe, not only between Europe and their colonies and vice versa, but also between Africa and the Arabian Peninsula, India, Asia, and the Americas. European mass migration to the Americas, that started in the 19th century and continued throughout the 20th century as a forced migration related to the two World Wars and the many other violent conflicts around the globe, have reached an unprecedented level in the 21st century, when humankind faces new challenges brought about by the different forms of transit of peoples, ideas, and images.

It is precisely through its establishment as a scholarly practice in the neocolonial era, and after its own self-reflection, that art history has started to revise its methods and theories in regard to such a phenomenon, while also attempting to articulate new ways to describe and analyze its complexity by reaching out into a transdisciplinary practice. Art historical discourses have declared through the formation of post-colonial critiques the opening of the discipline towards a global view: a World Art History, which is different than a universal art history, is one in which the discipline is redefined in the plural form (world art histories), to encompass the diversity of cultural processes of the visual arts. These processes, however, are complex, especially when they involve images. As W.J.T. Mitchell points out in his article on Migrating images, it implies not only movement but “contradiction, difficulty, friction, and opposition” (Image Science, 2015, p. 65).

The forthcoming CIHA conference aims to describe, to reflect upon, and to analyze those different forms of migrations in concrete, historiographical, and theoretical ways. Contemporary challenges can help us to define our epistemological questions, as well as their historical foundations which together can deepen and widen the perspectives of our knowledge. Migration can mean a movement of peoples, objects, and ideas (or concepts). How do travelling artifacts challenge cultural patterns? Migrated objects could be creative, for example, in establishing different cultural codes in collections – from the Wunderkammer to contemporary artists’ networks; or they could be threatening within the parameters of their cultural encounters – from apotropaic figures to iconoclastic manifestations, since the Byzantine iconoclasm to the recent destructions of the Bamiyan Buddhas or other objects declared as constituting a shared “world heritage.” Does it make a difference whether such concepts, peoples, and objects are forced to migrate, or if they do so by free will? Concerning the object, how should we deal with the question of repatriation? How do art historical practices deal with migrations across time? How does the latter help us to deal with the notion of anachronism? How productive and/or creative can it be when considering artistic practices and cultural exchanges? How, for instance, were pre-modern artifacts integrated into Renaissance architecture and their related concepts?

Migrations also shaped different cultural and, therefore, art historical “identities.” By what processes were “Italian” or “German” art created as categories? But also, how were “American” (meaning here the United States) and “Latin American” concepts built on ideas of migration, or others including “Négritude” and “Méditerranée”? How are national, regional, or continental identities, conceived in very specific historical moments, used today? If they continue to exist today, in what ways are they being used in a world that tends to become more and more globalized? What are the consequences of the migrations of images and objects between different institutions, for example between private and public, between countries, or different cultural zones? How are the aesthetic concepts of Buddhism or Hinduism transformed through the creative processes of different regions in Asia? How do we understand the influence of commercial routes for the migration of people, objects, and ideas such as the Transpacific economy or the so-called Silk Route?

Especially in the contempory period, but not exclusively, migrations between the so called “real” and the “virtual” have reached such a level of complexity that it requires transdisciplinary approaches not only within the humanities, but also exchanges with other disciplines of the exact sciences: How can network theories help us to understand global artistic movements; how do social media shape “reality;” how can digital archives help to preserve fragile documents and objects; and how are these new types of archives threatened by other technological and cultural challenges? And what are their theoretical and methodological consequences?

As Mieke Bal has explained in her Rough Guide of Travelling Concepts, art history, in the humanities, belongs to culture, but does not constitute it. Such a critique will also be adopted here. The qualifier “culture” indicates precisely that migrations of objects, persons, and ideas should be analyzed with a view to their existence in culture. Following Bal, “They are not seen as isolated jewels, but as things always-already engaged as interlocutors, within the larger culture from which they are emerged.”

If the last decade has seen an expansion of art history regarding the range of objects to be encompassed within the discipline, we still have to expand it in terms of methodological and theoretical discussions. Western art historians—whatever this means, and this is one issue to discuss—still regard art historical theory as their domain and are rarely open to theoretical and methodological debates running outside the mainstream of the discipline. The present Congress aims at changing this situation. The challenge of doing art history outside the idea of “Western tradition” also directs an effort to find new ways to approach the field. Scholars working outside the mainstream of art historical tradition are likely to have important contributions to offer. What are the differences between art historical practices across the globe? How does the discipline build its practices in these varied contexts? In which cases would it be more inclined to borrow new methods from sociology, anthropology and history, or go to the fields of philosophy, aesthetics, philology, and so forth? How do we “animate” objects in different contexts? How do they “react” to the different settings of art historical thinking? In this new perspective, migrations are of utmost importance to consider, for we cannot continue to work with objects, concepts, and peoples disconnected from their contexts. For us to be able to understand the world, as it has been shaped necessarily by the experience of dislocation and movement, it is vital to deal with these different layers of the making of art. This congress, specifically in its Brazilian counterpart, intentionally seeks to avoid a range of “post-colonial” approaches, which are generally considered adequate for a conference held outside Europe and the United States. The idea is to reinforce central discussions that concern the discipline as a whole to a relatively new but lively center of art historical practice, such as Latin America.

Last but not least, the congress proposes to explore the concept of migration in art historical practice. In the contemporary setting, the concept of migration acquires new meanings and can be seen as a disturbing element within the social network, in general, and for art in particular. Migrations produce unpredictable movement and resistance, disorganizing spatial and temporal coordinates. Migrations create what art historian Inge Boer described as “uncertain terrains,” in which frontier lines are transformed in imprecisely defined zones of encounter where multiple special references and multiple temporalities are obliged to coexist. Mieke Bal considers these spaces as offering resistance over the “technical control” that dominates social structures today. In her understanding, it creates a space in which it is possible to test the tensions and conflicts natural to social life. In art, these experiences become visible and tangible. In other words, could the concept of Migration, seen as a disturbing element within contemporary society, become operative within the discipline of art history?

The 35th CIHA World Congress will be held in collaboration with Italy, which will host the first part of the congress in 2019 in Florence. By migrating between two continents through this joint conference—two successive meetings in Italy and Brazil—we may also be able to grasp some of the metamorphoses experienced by ideas, peoples, and concepts through their dislocation in space. We understand that each researcher who takes part in the conference will enter into the discussion with their particular point of view and experience and hope that the congress will stimulate lively and challenging debate.